The most beautiful truck of the Netherlands of 2021 is now available! 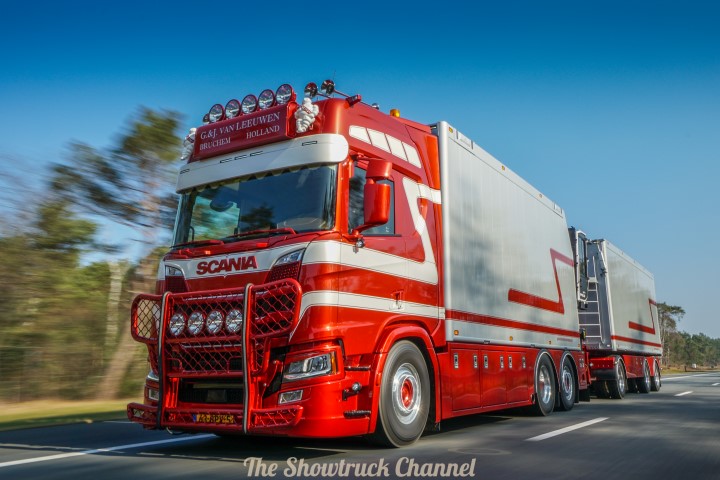 It will not have escaped anyone's attention that the Scania R580 of G. & J. van Leeuwen was awarded the title of Most Beautiful Truck of the Netherlands last July. Some 19,000 truck fans watched during Truckstar's online election how the Bruchem-based company, which specialises in the removal of horse manure, won the award.

Although efficiency was the main priority in the construction and interior of this Scania R580 from G.& J. van Leeuwen, a sleek appearance - inside and out - was certainly not lacking. Just look at that classic combination of red and off-white and all sorts of details related to the noble animal.

The most beautiful truck of the Netherlands of 2021 is now available in miniature! Various parts have been specially developed for this 1:50 and the materials used have also been carefully selected. For example, the metal loading bodies were manufactured entirely to the manufacturer's specifications and fitted with a tarpaulin. The chassis is shaped in such a way that the trailer has a tilting loading platform. Of course, every detail has been thought of; even the bumpers and boxes are replicas.

Be one of the first!