A true "golden oldie" is now available for reservation: Zurel 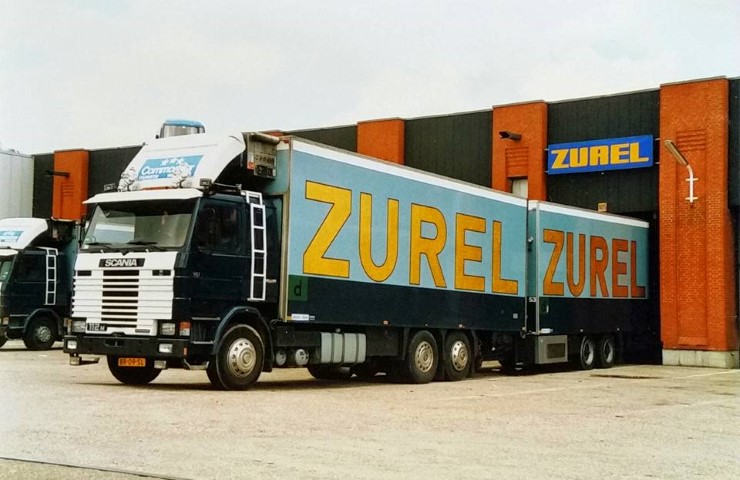 Until the mid-1990s, Zurel was one of the largest flower and plant importers and exporters. As the market leader in Germany, England, Austria, France, Denmark and Italy, the trucks of the proud owner-director Zurel could not be ignored. The prosperity that reigned within the export company at that time was explicitly reflected in the predominantly blue front wagons and trailers.  The letters that formed the name 'Zurel' on the trucks were in fact covered in gold leaf.

Robert Zurel's "flower empire" or "one-man show", as he puts it, came to an abrupt end around 20 years ago. Now the time has come for the famous Scania 112 tipper truck, which was once part of Zurel's fleet, to make its comeback - in 1:50 scale, that is. Want to make a reservation? You can do so by using the button below.

Curious about the whole story surrounding the rise and fall of the flower exporter and the entire period in between? Robert Zurel has personally written a book about it in which he - according to himself - breaks 20 years of silence without taboos. He himself describes the voluminous book as "an autobiography reminiscent of a novel" and as "the history of a family business, bordering on a thriller". ‘The rise and fall of a flower empire' is now available in our webshop.